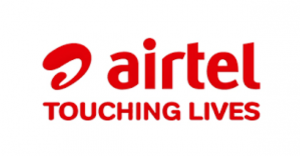 While it is possible to procure and renew an operating licence, you can only earn a social licence. A social licence is the love, loyalty, friendship, and affection that you get from the communities where you operate, as well as from your key stakeholders.

Airtel as a telecommunications service provider is committed to its purpose of empowering and uplifting people and making a positive and lasting impact in the lives of its stakeholders. This is how Airtel hopes to earn its social licence.

A special purpose vehicle that is helping Airtel to connect with communities and its key stakeholders in Nigeria is the Airtel Touching Lives programme.

Birthed about eight years ago, its mandate is to offer relief and hope to the underprivileged and downtrodden while also inspiring the strong and privileged to support the vulnerable and the disadvantaged in the society.

Surendran Chemmenkotil, Managing Director and Chief Executive Officer, Airtel Nigeria, while speaking on the track record of the initiative, said Airtel Touching Lives has not only recorded milestones but has offered real help to individuals, communities, groups, and institutions since it was launched.

“In Season 6, Airtel Nigeria has helped to rebuild a dream, a life, a hospital. We helped children regain their confidence, get an education; and we provided free COVID testing for millions. We turned tears of sadness into tears of Joy,” he said.

Airtel Touching Lives, Chemmenkotil also noted, is premised on the philosophy that society will excel and triumph at a quicker pace as long as privileged people continue to support the needy.

This is why Airtel Nigeria, through the platform, has taken a step to institute and sustain a programme that will help uplift the underprivileged, the sick, the poor and the needy.

“At Airtel Nigeria, we are inspired to promote corporate philanthropy and sustainability and our Touching Lives platform affords us an opportunity to showcase our efforts and encourage other corporate entities as well as well-spirited individuals to join hands in improving our society.

“So, the philosophy is twofold: One, we are passionate about supporting the underprivileged and promoting Corporate Philanthropy, but we realize that we cannot do it on our own just as we understand that the Government cannot also not do it alone.

“Then, the second leg of our two-pronged approach is to rally important stakeholders across different sectors and geographies to support the needy and underprivileged persons across society.

“Airtel believes that if we are committed to giving and we also collaborate to solve some of society’s problems, we can make a huge difference,” Surendran said.

Airtel thereafter evaluates the nominations received from the public and selects the causes to support.

The process of delivering on each cause is then filmed and broadcast on terrestrial and satellite television stations with the aim of inspiring other corporate organisations as well as well-meaning individuals to join in supporting the vulnerable across society.

Through the programme, Airtel has refurbished an ICT centre for a large community, built modern water borehole systems for a number of towns, refurbished cancer centres, restored a library for blind people, rehabilitated a clinic facility at a camp for internally displaced people (IDP), set up small scale businesses for underprivileged individuals, paid the hospital bills of indigent children and women, and flown many Nigerians abroad for complex medical procedures.

With season 6 of the Airtel Touching Lives programme coming to an end only last week, Airtel has demonstrated that it will not rest on its laurels and will continue to inspire others to also embrace the ideals of corporate philanthropy.

And, judging by the Airtel’s pledge, we can be sure that the company will return with Touching Lives Season 7 sooner rather than later. 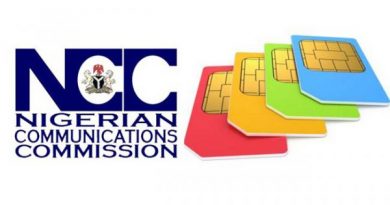