The Nigeria Government has advocated for the full democratization of the International Labour Organization, (ILO) in order to ensure full, equal and democratic participation of the member states in its governance.

The Minister of Labour and Employment, Senator Chris Ngige made the call at the virtual meeting of the Tripartite Working Group of the ILO Governing Board, during which a comprehensive report on democratization of ILO governance was presented.

The Minister, while aligning Nigeria with the Africa position which Ethiopia presented, posited that the long history of democratization of the ILO featured in the amendment of its constitution in 1986, with the subsequent call for the ratification of the amendment instrument.

Senator Ngige in a statement issued by his media office, lamented that the amendments were yet to take effect after more than three decades they were initiated, due to reservations by some member states against its ratification. The minister hinted that the Centenary Declaration in 2019 provided another opportunity to revisit the democratization, hence the setting up of a Tripartite Working Group co-chaired by Nigeria and Switzerland.

In his words: “My delegation commends the Working Group and the cooperation of members for successfully guiding focus discussion and dialogue on its mandate. The identification and deliberation of major impediments to the ratification by some member states in the constitution is both instructive and commendable.

“The outcome of the discussion which enjoyed majority support culminated in the submission of the conference resolution for recommendation to the 109th session of the ILO for adoption.

“The unrelenting push for the ratification of the amendments will send a clear signal about our collective resolve to work the talk in building an inclusive world class assembly for all member states.”

The Minister also canvassed for the extension of the life span of the Tripartite Working Group to enable it fully achieves its objectives.

According to him: “Nigeria is optimistic that the expected threshold for entering into force of the instrument of ratification will be achieved if the life span of the Tripartite Working Group is extended for another twelve  months.”

Sen. Ngige expressed Nigeria’s delight that six additional countries have adopted the ratification since the centenary declaration in 2019.

“We acknowledge the Republic of Moldova, Spain and Somalia for joining the list and strongly appeal to the remaining nine countries including members of the chief industrial importance to make our centenary aspiration a reality by registering their ratification.”

The minister further expressed Nigeria’s readiness as co-chair to cooperate and support member states who have challenges in ratifying the instrument, adding that  he was  confident the group would have made significant progress in getting more members ratify the amendments before the oncoming 343 session of the ILO governing body in November 2021.

“We encourage the office to continue its promotional campaign for ratification of the instrument by member states,” Ngige added.

It will be recalled that Nigeria had taken the lead in push for the full democratization of the ILO when at the 331 session of the Governing Board in November 2017; Africa Ministers came up with a single agenda of total elimination of the vestiges of colonialism in ILO and nominated Senator Ngige to lead the charge.

“To continue to do otherwise is to evoke the ugly memories of the colonial era. As an independent region, Africa’s concern on the total cluster liberation of our region is well articulated in our region’s Agenda 2063,” part of Nigeria’s address that day set the ball rolling and almost led to Africa’s boycott but for softening of position by the ‘first world countries.” 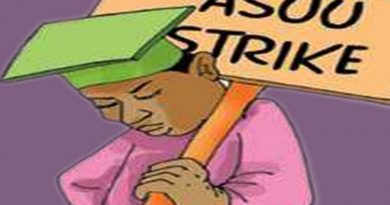 ASUU Strike: Electricity, Rail Workers to Down Tools in Solidarity