The Manufacturers Association of Nigeria, (MAN) in an executive summary issued on global and Nigerian macroeconomics pointed out global economy was expected to continue to build on the recovery achieved in 2021 following the adversities of COVID-19 pandemic in 2020.

However, the report noted that the lingering conflict between Russian and Ukraine that began in February of 2022 changed the dynamics in the year.  The war led to the destruction of Ukraine and extreme sanctions on Russia, which negatively affected global supply chain, commodity prices, financial situation including global interest rate, inflation rate, etc.  The prices of energy, chemicals, agricultural produce, particularly wheat and other grains, and cost of global logistics, etc., all   escalated leading to the acceleration in global inflation.

MAN stated that however, the lingering was between Russian and Ukraine that began in February of 2022 changed the dynamics in the year.  The war led to the destruction of Ukraine and extreme sanctions on Russia, which negatively affected global supply chain, commodity prices, financial situation including global interest rate, inflation rate, etc.  The prices of energy, chemicals, agricultural produce, particularly wheat and other grains, and cost of global logistics, etc., all   escalated leading to the acceleration in global inflation.

According to the Association, capacity utilization in the manufacturing sector increased to 57.9 percent (year-on-year) in the first half of 2022 from 52.2 percent recorded in the same half in 2021; thus, indicating 5.7 percentage point decline over the period.   However, it declined   by 1.1 percentage points (half-on-half) from 59 percent recorded in   second half of 2021. The oscillatory and sub-optimal capacity utilization of the sector in the   period under review aligned with the risks and difficulties posed by the lingering effect of COVID-19 pandemic and the adverse impact of the Russian-Ukrainian war such as the rising commodity prices and disruption of global supply chain in the period.

However, notwithstanding the challenges in the period, more capacities came up in the Cable sub-sector with the commencement of optical fibre production by Coleman Technical industries, the first of its kind in the whole of ECOWAS region.

It explained that the Manufacturing sector factory output value increased to N3.99 trillion in the first half of 2022 (year-on-year) up from N3.66 trillion recorded in the same half in 2021; thus, indicating N0.33 trillion or 9.0 percent increase over the period.   It also increased by N0.26 trillion or 7.0 percent (half-on-half) when charmed with N3.73 trillion achieved in the second half of 2021.

Production was strongly hampered by lack of forex for importation of   raw materials that are not available in the country in all the sectoral groups, safe for the Food sub-sector which has undergone a significant level of backward integration.

However, the N10 increase of Excise Duty on non-alcoholic drinks grossly affected production in that segment of the sector.

In addition, the implementation of migration of National List to Chapter 99 of ECOWAS Common External Tariff (CET) is perverse with bureaucracy and complexities among Government agencies, leading to delay in getting raw materials to factories.

Specifically, the basic metal group are heavily challenged by the lowering of duty to Annealed Cold roll to 5 percent from the previous 45 percent, which made domestic manufacturing of the product uncompetitive.

Also, activities in the Motor Cycle Assembly sub-sector were severely affected following the suspension of motorcycles in some areas across States, particularly in Lagos.

Moreso, the increase in the duty of paper from 5% to 20% adversely affected productivity in the Paper products sub-sector in the period under review.

Manufacturing sector local raw materials utilization steepened to 52 percent (year-on-year) in the first half of 2022 down from 53 percent of corresponding half in 2021; thus, indicating 1 percentage point decline over the period.  However, it increased by 2 percentage points (half-on-half) when compared with 50 percent recorded in the second half of 2021.

There are still challenges as it stressed that the manufacturing sector is generally faced with limited investment in domestic production of raw materials for utilization in most of the sub-sectors, which is as result of limited funding and policy incentives in the country.  The Basic Industrial Chemical sub-sector faced severe inactivity in the first six months of 2022 due to lack of domestic production of basic chemicals.

This therefore, demands for the need to resuscitate the local refineries to encourage   investment in petrochemical development in the country.

Inventory of unsold finished products in the manufacturing sector   steepened  to N187.08 billion (year-on-year) in the first half of 2022 down from N214.83 billion recorded in the first half of 2021; thus, indicating N27.75 billion or 12.9 percent decline over  the period. However, it shows an uptick of N17.33 billion or 10.2 percent when compared with N169.75 billion recorded in the second half of the year.

Manufacturing sector investment ticked up to N178.39 billion (year-on-year) in the first half of 2022 from N144.14 billion recorded in the corresponding half of 2021; thus, indicating N34.25 billion or 23.7 percent increase   over the period.    However, it increased by N17.51 billion or 10.8 percent (half-on-half) when compared with N24 billion recorded in the second half of 2021.  Although statistics show that investment increased in the period, this was due to inflationary effect as investment was grossly affected by shortage of forex and limited funding in the period under review.

The marginal increase in jobs created in the sector in the period under review was due to positive and continuous adjustments in manufacturing activities to accommodate the current economic hardship and sustain production by manufacturers.

Electricity supply from the national grid to the sector degenerated in the period under review.Although, average daily supply  to the sector increased  to  12 hours in the  first half 2022  from 11 hours of the second half of 2021,  the average  number of outage per day  increased  6 times  from 3 times recorded in the preceding half, which more than off-set the  increase in supply in the period.  The poor power supply from the grid fueled  self-energy generation among manufacturers as  expenditure on alternative energy sources soared to N67.77 billion in the first quarter of 2022 (year-on-year) up from N32.18 billion recorded in the first half of 2021 and N45.04 billion in the second half respectively.

Cost of Funds to Manufacturers

Average lending rate to the sector from the commercial banks increased to 23.5 percent (year-on-year) up from 19 percent of the corresponding half in 2021, but declined by 0.5 percentage point when compared with 24 percent interest charged to manufacturers in the second half of 2021.

The growing lending rate in the economy is underscored by among others the upwards review of the Monetary Policy Rate (MPR) from 11.5 percent to 13 percent by the CBN in May 2022 even though the asymmetric corridor at +100/-700 around MRP; Credit Reserve Ratio (CRR) at 27.5% and Liquidity Ratio at 30% remained unchanged; and the rising global interest rate due to the Russian-Ukrainian face-off.

MAN in its advocacy as the voice of the Manufacturers proffered some key recommendations that the government should consider imperative to save the sector from total collapse.

MAN posited that Manufacturing, like every other economic activity in the country and across the world suffered adverse shock in the first six months of 2022.  While  economic activities  were gradually rebounding in the midst of lingering  effects of COVID-19 pandemic, the Russian-Ukrainian war supervened.  The war destabilized global commodity prices and  supply chain, international financial flow, global logistics, etc with huge negative implications on manufacturing production in Nigeria, especially as the perennial challenges such as limited energy supply, limited production of local raw materials, poor administration of national ports,  etc., persisted.

Consequently, manufacturing output growth in the first two quarters of 2022, though positive, oscillated   from 5.8 percent recorded in the first quarter down to 3.0 percent in the second quarter of the year.    The current performance of the sector suggests that it is not ‘Uhuru’ and emphasizes the need for more proactive, broad   and sector focused measures to address both the recent challenges thrown up by the Russian-Ukrainian war and the perennial ones as below.

MAN, therefore canvassed for improved level of forex allocation to the productive sector including manufacturing leveraging on the high and sustained crude oil prices in the international market.

It also wants the government to carry out further investment in the electricity value chain and commit to   adding 10000MW to the current electricity distributed in the country; Embrace and support significant development of energy mix and renewable energy: the country has huge potentials for Solar and Wind.

According to the Association, there is a need to restrict the exports of maize, cassava, wheat, food related products and other manufacturing inputs; suspend the 15 percent charges on imported wheat; encourage growth in domestic investment in Agriculture and incentivize investment in local development of raw materials; Give attention to domestic production of Active Pharmaceutical Ingredients (API) and Basic chemicals by incentivizing investment in the area; refocus on Backward Integration and Resource-Based Industrialization; Reverse the duty for Annealed Cold roll back to 45 percent from the new 5 percent.

The Association also mooted that the Government should commission the resuscitating of the existing national refineries to produce fuels locally; Review the gas price for domestic consumption to be in tandem with the export price which is about $3.25 per cubic meter.

It recommended that government should also publish the list of approved harmonized taxes and levies for the manufacturing sector by the Joint Tax Board (JTB) to address the issues of multiples taxes and levies; fully implement the Steve Oronsanye Report on the reduction and re-alignment of Government Agencies and Parastatals in order to streamline the number of taxes, levies, fees and administrative charges.

Government, MAN says, need to invest significantly in ports infrastructure  including scanners, etc.; Resuscitate the moribund rail tracks leading from the ports to industrials areas; Government Agencies operating at the ports should work harmoniously, particularly in the  implementation of the  recent migration of National list to ECOWAS CET Chapter 99;  Implement the single window platform to eliminate  significant human inference in the ports clearing system; Improve the time taken to clear machines and raw-materials at the national ports while making the link road accessible.

The Association task Government to strengthen the Bank of Industry (BOI) and Bank of Agriculture (BOA) to adequately provide liberal finance for the manufacturing sector; Avail to the productive sector the CBN non-oil export stimulation facility with liberal term and condition; Allow industrial policies in the country to gestate with proper monitoring and evaluation rather than jettisoning or altering them unduly frequently. Monitor the implementation of Executive Order 003 to ensure compliance by MDAs so as to boost activities in the manufacturing sector. 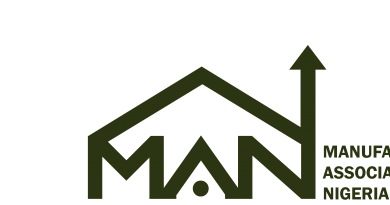