Irked by the way some Nigerians are not mindful of the need to protect and maintain infrastructure and edifices put in place by the Federal, State and Council governments across the nation, a non-governmental organization, the Progressive Volunteers (PV), is set to mount a nationwide awareness campaign on the need for conducts that would enhance durability of the country’s infrastructure.

National Leader of the NGO, Comrade Soyoyo Ekundayo in a media chat at Ede, Osun State, weekend expressed discomfort over how some people in the country are misusing some infrastructure and projects put in place with huge sum of money for their comfort, saying, some people behave in particular manner because they are ignorant about the normal behavior; hence the need for the awareness campaign.

According to him, in some cases, persuasion, enlightenment and education, and not force, go a long way in correcting the ill of the society and changing wrong actions, reasoning that, showing the people the way the so called government properties could be directly and indirectly maintained would no doubt ginger members of the public to be aware of their responsibilities as good citizens of the country.

Speaking further on behalf of the NGO, the concerned activist gave examples of the Berger-Kara Bridge along Ibadan-Lagos expressway which vicinity mechanics and other artisans have turned to their work place before the Works and Housing Minister, Babatunde Raji Fashola (SAN), gave them a quit notice.

He is of the conviction that, some of those operating illegally might not know that they are doing their legitimate trades at wrong place, saying, but when the minister spelt out the danger their operations are causing the projects, they are now ready to quit.

Another example Soyoye gave was the Minister’s disclosure that, using of heavy duty vehicles to carry heavy loads like logs of wood, petroleum and farm products as well as cattle on the road are some of the causes of damages to the roads.

The NGO boss said, the campaign would also focus on the need to utilize the rail transportation for such haulage to elongate the life span of the roads.

In addition, the NGO, according to its Head, would also contact property owners and some locals who live around the government projects to appeal to them for understanding and cooperation, praising the government for compensating those whose properties were affected by one form of construction or the other.

The PV leader disclosed that owners of abandoned faulty vehicles directly on the road would be educated on what to do to safeguard the road and avoid disturbing the other road users, making it clear that, “the campaign is not to be sponsored by the government or any governmental agency because we are patriotic volunteers discharging our social responsibility to the citizenry.” 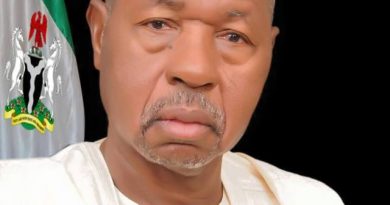