It is no more news that the world had long embarked on the process of doing away with the use of fossil fuels and instead resort to using all forms of renewable energy.

Started remotely as a strategy to achieve their energy security and economic stability by member countries of the International Energy Agency (IEA) who are all members of the organization for economic cooperation and development (OECD) in the aftermath of the first oil crisis in the 1970s, renewable energy transition has acquired the status of a global energy revolution.

While energy security and economic factors were the initial motivations for the industrialized countries to begin to incorporate renewable energy into their energy mix, other factors such as, the negative environmental and climate change impacts attributed to the use of fossil fuels, have galvanized the entire world into pursuing a total shift from fossil fuels to 100 percent renewable energy.

The argument is that greenhouse gas emissions from fossil fuels are responsible for climate change, which is making planet earth unlivable by increasing the global temperature.

Science indicates, that reducing the use of fossil fuels will result in reducing greenhouse gas emissions, thereby mitigating climate change by decreasing global temperature. In particular the world has agreed  as contained in the Paris Agreement, that, “in order to avert the worst impacts of climate change and preserve a livable planet, global temperature increase needs to be limited to 1.5°C above pre-industrial levels”.

Keeping global temperature increases at not more than 1.5°C requires that global greenhouse gas emissions, should be reduced by 45 percent by 2030 and reach net-zero by 2050. The import of net-zero by 2050, is that, on that date the world should have transited 100 percent from fossil fuels to renewables.

Several countries have indicated interest in renewable energy transition and the net-zero target. In particular, about “140 countries as at November 2022, had announced or are considering net zero targets, covering close to 90% of global emissions”.

It is instructive to note however, that the zeal with which different countries are working towards their target varies. Some countries are more committed than others for good reasons. In the band wagon to net-zero, are, oil import dependent countries and the major polluters that are working very hard to meet the set net-zero target by 2050.

Some other countries such as Nigeria have set different net zero targets. Nigeria, a major oil export dependent nation that is expected to be adversely affected if the net zero target is achieved, set her net-zero target between 2060 and 2070. Missing the target by at least 10 years, would suggest that Nigeria’s priority in the renewable energy transition, is not climate change.

It is more of mainstreaming renewable energy into her energy basket as a way of solving her energy shortage problem. In other words, commitment to net-zero, seem to depend to a large extent on the priority different countries place on energy security and economic factors while pursuing their climate goals.

The difference in level of commitment to net zero should not by any means be taken to indicate that net zero will be impossible to achieve.

First, let it be clear that net zero does not have to be attained for the impact on oil export dependent countries like Nigeria to be felt. Secondly, as IRENA has said, “achieving the net-zero target may prove challenging, but the actions of a few countries and regions are critical”. This means that, not all countries are expected to contribute to meeting the net-zero target. The major polluters and oil import dependent contries, China, the United States, India and EU27+UK that account for two-thirds of global emissions of greenhouse gas emissions are listed by IRENA as countries that will determine global progress towards net-zero.

According to the International Renewable Energy Agency (IRENA) the ongoing renewable energy transition, is an “unstoppable” trend. And there are a number of, indicators to prove that progress towards net-zero is being made. Evidence abounds to prove that, progress on a global scale and at country level is being made toward achieving net zero.

The developed oil import dependent and major emission generating countries in particular are making more rapid progress towards winning themselves from fossil fuel and meeting the 2050 net zero target.

The above global progress were largely due to efforts of the few countries listed by IRENA.  This becomes even more obvious when countries are ranked on a scale of leaders and laggards. Such a country analysis of leader and laggards on the basis of three indicators, Energy Transition Investment, Energy Transition Index and Installed Renewable Energy Capacity, indicates that, the big polluters feature prominently in the top ten leaders.

Every energy transition has consequences, as it involves significant changes to the energy demand and supply system. The ongoing renewable energy transition has profound implication for the geopolitics of energy. In particular, it will change the balance of power between oil producers and consumers. There will be losers and winners. Clearly the losers will be oil producing nations while the winners will be oil importing countries.

IEA in its Global Roadmap to net zero by 2050, has warned that, “The world’s demand for oil will need to decline from more than 90m barrels a day to less than 25m by 2050, resulting in a 75% plunge in net revenues for oil-producing economies, many of which are dominated by a public sector that relies on oil exports and the revenues they produce”. Echoing the same sentiment as IEA, the Oxford Institute for Energy Studies, contends that, “A key challenge for oil-exporting countries is the potential loss of a key source of revenues, which is essential for the smooth functioning of their economies. Another challenge is the ability to monetize their large reserve base. In the face of these uncertainties, oil exporters should pursue strategies to reduce these long-term risks and increase their resilience and fitness

Nigeria as an oil producing country is in the league of countries, both the IEA and the Oxford Institute for Energy Studies  have  warned, will face serious economic, social and political challenges once the objectives are achieved or even halfway achieved. The magnitude of impact on Nigeria will depend on the speed, size of the transition attainment and the actions, the country takes today.

Nigeria must not only take actions to mitigate the impact of the ongoing renewable energy transition, but the actions must be timely, meaning the time to start is now. Actions must start to be taken to establish alternative revenues sources as revenue from oil declines. Similarly actions need to be taken to ensure the monetization of the large oil and gas reserves of the country that will lie dormant as a result of the transition.

First, a deliberate expansion of the country’s agricultural capacity.  In this regard, sustainable agricultural programs should be implemented to develop farmers’ capacities and incentivize them to embark on mass production of critical produce for local consumption and export.

Second, the diversification of energy production. The time has come to expand the nation’s energy production to include other commercial clean energy products, such as Green Hydrogen and Blue Ammonia. Nigeria can take a cue from Oman and Saudi Arabia, in this regard. While Oman is pursuing the formation of a national hydrogen strategy, Saudi Arabia, the world’s largest oil exporter, is aiming to break into the league of leading green hydrogen produces in the world, by building a $5 billion green hydrogen plant with a planned capacity of 650 tons per day and first production scheduled for 2026.

As part of diversification of energy production, will be encouragement of the establishment of export refineries as developed nations refineries go out of service. Such export refineries will serve the demands of African countries and others as we head to net-zero and after.

Third, the “Productization” of human capital. There is a growing global demand for skills in developed countries of the world. India is a leading country in tapping into this new revenue source. Nigeria will benefit a lot by investment in education to produce quality human capital for export that will increase Nigeria’s diaspora population and by extension, her diaspora remittances. India’s diaspora of approximately 18 million strong, contribute 13% of global remittances or approximately 3.2% of the India’s GDP.

Fourth, the expansion of Nigeria’s ICT capacity. ICT can play a significant role in generating the needed revenue Nigeria needs in the run up to net-zero and post net-zero. To this end it will be proper to invest in the expansion of the nation’s ICT sector. Again, Nigeria can take a cue from India. India’s ICT sector and the digital economy are major economic drivers for the country, contributing over 13 percent of GDP currently. Going forward, India aims to grow her ICT sector to $1 trillion by 2025, or 20 percent of GDP. In monetary terms, India’s ICT revenue increased from $200 billion in 2020 to $227 billion in 2021.

The ongoing renewable energy transition powered by the IEA/OECD is progressing irreversibly.  It is therefore, imperative for Nigeria as an oil export dependent country that will be adversely affected going forward to net-zero, to urgently embark on strategies concentric with economic diversification as the first line of defense.

Dr. Uchechukwu Eke, an Energy and Petroleum Economist is a frequent contributors to energy discourse. 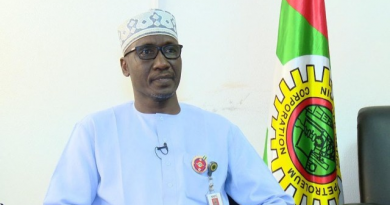 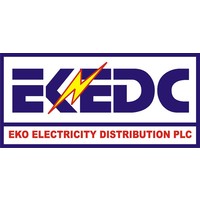