Online savings platform, CashBox, has introduced Kidsbox application, a saving feature for children and teenagers which aims at cultivating early savings habit in them.

Speaking at the launch of the app in Lagos, Mr. Sydney Aigbogun, CEO of CashBox, said savings for kids is essential because of their constantly changing needs.

He said the app caters to kids of all ages, as soon as the parents decide to set up a plan for their children, adding that teenagers with access to bank accounts or debit cards can also sign up and cultivate the savings habit early.

“The least amount that can be saved is N100 and the least period for a kid’s target savings plan is four months. For some packages on the app, one can withdraw once in three months and the person can run the plan for as long as desired,” he said.

According to the CEO of CashBox, “a lot of people have the desire to save but doing that in traditional banks makes those funds easily accessible and defeats the purpose. With cashbox, you can automate your savings and watch your money grow towards your goal.”

He stated further that the main essence of developing the app was to introduce kids to early savings culture which build financial responsibility in them.

He urged parents to plan their kids’ needs, which range from school fees, vacation, healthcare among others with them by introducing the Cashbox savings culture.

He explained that the app can be easily downloaded on apple store or Google play store on a mobile phone or computer and is easy to manage.

“You can simply install it on your phone, chose a savings plan that works for you and your goals and start saving either manually through bank transfers or automated savings when you add your debit card,” he added. 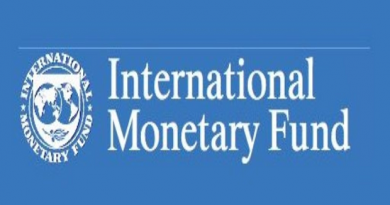 Nigeria Received $6.8Bn in Emergency Support from IMF in 2 Years