The Nigeria Erosion and Watershed Management Project in Edo State has called on residents of the state to key into its plastic waste recycling scheme to curb indiscriminate waste disposal, especially plastic, aluminum and other non-degradable materials.

The Coordinator, Edo NEWMAP, Dr. Tom Obaseki, made the call while speaking with stakeholders at a one-day training workshop on the pilot deployment of the “Pick and Sell” Android App.

Obaseki stated that the unique model, when fully deployed, would make Edo one of the first states to deploy the tech-enabled scheme in the country.

He explained that the software would enable NEWMAP to preserve physical infrastructure constructed for erosion and flood control, which requires enormous public resources.

Obaseki  advised the participants at the workshop, which comprise NEWMAP community interest groups and other stakeholders that since most of the newly constructed drainages and ponds were all within their domains and residences, they should not allow plastic and other non-degradable materials to  clog them.

He declared that it was necessary to address the menace posed by waste to NEWMAP infrastructure by plastic so that the essence of committing public resources to the infrastructure investment would not be defeated. 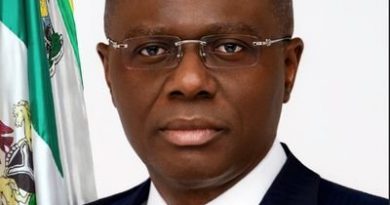