Operatives of the Economic and Financial Crimes Commission, (EFCC), have arrested a former governor of Zamfara State, Abdulaziz Yari.

Gentechnews gathered that Mr Yari’s arrest was in connection with the agency’s ongoing investigation of the suspended Accountant-General of the Federation, Ahmed Idris.

Idris was suspended, following his arrest by the EFCC on May 16 over allegations of money laundering through real estate investments amounting to N80billion.

The former governor is mentioned as having benefitted to the tune of N22 billion out of the N84 billion which the suspended AGF is being accused of diverting.

The former governor was arrested along with the managing director of a firm known as Finex Professional.

He is reported to have received the huge cash through the Finex Professional.

The huge cash is said to have been paid to one Akindele, whose full identity is yet to be unveiled by the agency.

Wilson Uwujaren, spokesman for the EFCC, said after the Idris arrest that “The Commission’s verified intelligence showed that the AGF raked off the funds through bogus consultancies and other illegal activities using proxies, family members and close associates.” 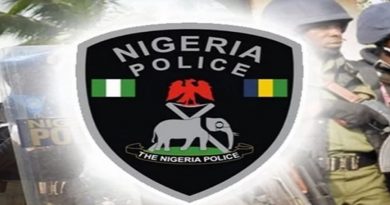