The Federal Airport Authority of Nigeria (FAAN) and Bi-Courtney Aviation Services of Nigeria, (BASL), operators of the Murtala Mohammed Airport Terminal 2, have pledged to improve on existing partnership towards delivery of quality aviation services.

The Managing Director of FAAN, Captain Rabiu Hamisu Yadudu, made the pledge on Friday when led the agency’s management team on a condolence visit to the Chairman of BASL, Dr. Wale Babalakin, SAN following the recent demise of his father, retired Justice Bolarinwa Babalakin.

Babalakin was quoted in a statement by the company while receiving the FAAN delegation at his Lagos residence, as saying, “I was pleasantly surprised when I was told that the esteemed management of FAAN was coming to visit us. At that, I was expecting one or two persons, but to receive the whole management of FAAN in Lagos here today, I am very touched and I am most grateful.”

“Through you, again, we repeat our gratitude to the Federal Government of Nigeria because, he (the late Justice Babalakin) left the service 29 years ago and yet the President sent a high-powered delegation to condole with us. The Vice President came to our home in the village. At the Fidaus, there were eight governors even though it happened within a week. So, we are eternally grateful to Nigeria. I was stunned when I got a call from the Office of the Chief of Staff that a delegation led by Mr. Babatunde Fashola, SAN was coming on behalf of the Federal Government. And I said this man (my late father) left service 29 years ago. So, this sort of gratitude from the Federal Government, we can never forget it.”

Babalakin stated further, “And now for our own partner, FAAN, to deem it fit to come and pay us condolence, it is moving, it is touching and we are extremely grateful. And the relationship you have referred to from this day will become better and we would come to understand each other in a better way, for the furtherance of the business we do and to enhance human relations. My last point is that, God bless everyone. And when it is time for us to go, because as He said, we will all go, it is a matter of time, may we find ourselves in the right place.”

Yadudu was quoted in his response as describing the late Babalakin as an elder statesman, pledging that FAAN would continue to work with Bi-Courtney to deliver aviation qualitative services to Nigerians.

Yadudu said, “About us coming, of course you should know that he (Pa Babalakin) was an elder statesman. And for us as FAAN and Bi-Courtney, and any other individual, first thing first, we are all humans and Nigerians. From there, any other thing will follow. So, we never tried to forget that and this management team tries to cultivate that. At this time, we must work with people that are working with us. The relationship is first. We are doing the same thing, we are delivering service to Nigerians, adding value to the industry, I think we should celebrate ourselves.”

The FAAN MD then prayed for the repose of the soul of the deceased and encouraged the family to take solace in the fact that their patriarch lived an upright life. 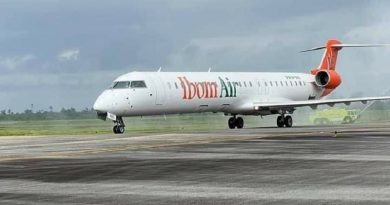 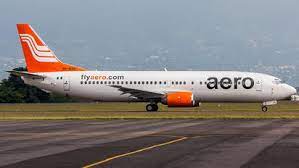