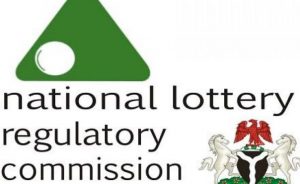 The Federal Government has disclosed that all machinery has been put in motion to repeal the National Lottery Act (NLA), 2005.

It said that after the repeal of the Act, it would be replaced by the National Gaming Act (NGA), 2021.

The Minister of Special Duties and Inter-Governmental Affairs, Senator George Akume, disclosed this in Gombe, Wednesday, during the virtual inauguration and handing over of vital medical equipment to the state’s Specialist Hospital and Federal Teaching Hospital.

Akume noted that the National Gaming Act would accommodate the growing dynamism of lottery business in the country.

He charged all persons and organisations licensed to operate gaming business to be ready to meet up with their statutory obligations to avoid being sanctioned.

He added said, “Government is committed in ensuring that returns obtainable from other non-oil sources of revenues are maximised. Lottery is one of such alternative revenue sources, and this government is determined to make it more productive and sustainable

“As the sector becomes firmly established, it is our expectation that lottery will be included in the strategic plans of the nation.”

Also speaking, Executive Secretary/CEO, National Lottery Trust Fund, Dr. Bello Maigari said the decision of the Federal Government to establish the National Lottery Trust Fund is “indicative of a government that recognises the importance of lottery as a vehicle in enhancing the social well-being of its citizenry through investment in its various lottery good cause intervention projects that are creative, relevant, timely and economically sustainable.”

Maigari who was represented at the occasion by head of operation, NLTF, Abubakar Nakwada noted that the essence of the intervention is to provide “vital medical equipment to under-served communities in the hope that government will make all the difference in saving lives and reversing the deteriorating health conditions leveraging the use of Hi-Tech diagnostic equipment to provide high standards of care to vulnerable segment of society with sizeable percentage of state across the six geo-political zones covered so far in the phase of the intervention.”

On his part, Dr. Yusuf Abdullahi, Chief Medical Director of Federal Teaching Hospital, said the donation has improved how they managed patients

He said over 100,000 patients have benefitted from various vital equipment donated.

The Chief Medical Director appealed to the Federal Government for alternative power, saying that the hospital spent over 113 million naira on monthly basis for power supply.

“I will like to sincerely appreciate Minister of Special Duties and Inter Government Affairs, and National Lottery Trust Fund. It has improved the way and manner we have been managing our patients,” Abdullahi said. 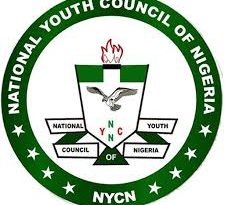