The Permanent Secretary Federal Ministry of Works and Housing, Bashir Nura Alkali has stated that the Federal Government is passionate about skill acquisition and professionalism among its workers and as such deemed it necessary to equip and train its officers in the areas of Leadership, Professional Ethics, Code of Conduct in Public Service and Career Prospects and Progression for Professionals to achieve  positive and maximum work output.

Alkali made the remarks at the opening of a Professional Training for Lands and Estate Officers in the Lands and Housing Development Department of the Federal Ministry of Works and Housing which was held at the conference hall of the Ministry.

The Permanent Secretary noted that there has been low productivity, indiscipline and lack of efficiency among officers and to curb these unproductive attitude officers needed to be trained and re-trained to enhance greater understanding of their responsibilities coupled with the knowledge and skill needed to do work to enhance productivity and maximum output which had necessitated this training programme.

He stated that he is pleased with the training, given the present disposition and lack of commitment among members of staff in the Public Service considering the growing awareness and expectation of service delivery from Public Officers in a growing democracy like ours.

“The importance of this training at this time cannot be overemphasized with the growing awareness and expectation of service delivery from Public Officers in a growing democracy like ours.  It is important that those vested with the management of most valuable assets be made to increase their efficiency and productivity as well as professionalism to grow the economy.”

Alkali encouraged officers to be committed and  make the programme a great success so as to gain maximum benefits in their career as Lands Officers to improve efficiency and productivity.

There were four paper presentations namely: Career Prospects and Progression for Professionals and the  Public Service by the Director Performance Management Department, Office of the Head of the Civil Service of the Federation Mrs. B.O Olaniyi, Leadership

Training/Professional Ethics for Estate Surveyors and Valuers in Public Service by the Registrar Estate Surveyors and Valuers Registration Board of Nigeria (ESVARBON), ESV Ifeanyi Uzonwanne, Proposal, Memo and Report Writing in Public Service by the Director/HOD Lands and Housing Department, ESV. Itoyachimin Godwin, and The Role of Estate Officers/Land Officers in the Execution of the Statutory Responsibilities of the Department of Lands and Housing Development by ESV. Felix Appah. 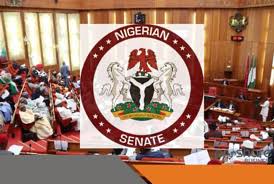