The Federal Government has pledged to significantly reduce the about 17 million housing deficits across the country before the end of the current administration in May 2023.

This is coming on the heels of argument that the projected 17 million housing deficits in Nigeria had not been scientifically proven, as the government maintained that it was currently doing a lot to provide mass affordable homes nationwide.

The Managing Director, Federal Housing Authority, (FHA) Gbenga Ashafa, made this disclosure at the recent inauguration of Expressview Estate Lugbe, Abuja, a partnership project between Mixta Africa and the FHA.

Ashafa explained that though there was no verified data on the housing deficit in Nigeria, the Federal Government had been delivering houses to both low- and high-income earners.

The FHA boss said data on housing deficit in Nigeria did not always capture unoccupied houses, adding that housing projects such as the one flagged-off in Lugbe, sitting on 1.5 hectares of land for 58 terrace flats, among others, were not captured.

Ashafa revealed that the housing authority had just completed about 300 houses in Zuba, Abuja, for the low-income earners, while thousands of buildings had been delivered to Nigerians within a short period of time.

According to him, “The Minister of Works and Housing has been saying right from the outset that we’ve not been able to come up with a specific figure that truly captures the housing deficits in Nigeria.

“If you go round, you will see a lot of unoccupied houses because of the amount of money they have put on them. We know that we have a lot of work to do, but this administration is doing a lot to ensure that we reduce the number of housing deficits across the country.”

Ashafa said“It is part of the promises of President Muhammadu Buhari. So, we are not just providing houses on one level, we have three levels in the mass housing scheme that we must cater for and we are working hard to meet it during the life of this administration.”

Commenting on the three levels, Ashafa said, “We have houses for the lower-, middle-income earners, while this project (Expressview Estate, Lugbe) is for the upper-income earners. They are Nigerians too.”

On his part, the Managing Director, FHA Mortgage Bank, Hayatudeen Awwal, said the partnership with Mixta Africa would ensure the effective delivery of the project in Lugbe.

“Any development in Lugbe that is along the road is for the Federal Housing Authority. We delivered Gwarinpa, Karu, Maitama, Asokoro and Kubwa estates, and now we are here,” Awwal added.

The Country Director, Mixta Africa, Sade Hughes, said the real estate firm had developed a lot of housing projects in Lagos and Port Harcourt, stressing that it would use the Expressview Estate to further showcase its capabilities in the industry. 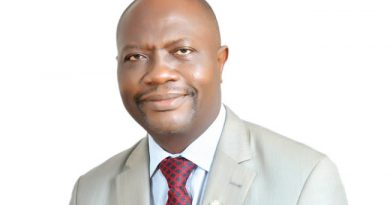 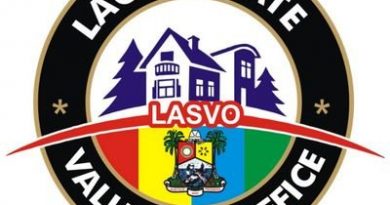