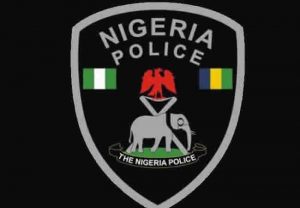 Security sources narrated that the incident occurred when the Divisional Police Officer, (DPO) in charge of Okpanam Division received a distress call from a community leader that the vigilante team in his street had been attacked.

The DPO was said to have detailed four men to proceed to the location.

Some armed men were reportedly said to have opened fire on the patrol men as they drove out from the station, and three policemen were killed on the spot, while the gunmen reportedly stole two AK47 rifle from the slain policemen.

Identities of the deceased policemen were given as ASP Eke Francis, Inspector Joshua Akengbo and Corporal Perekedo Unene.

However, the fourth policeman, Bassey Wisdom, who was injured, is said to be receiving treatment at the hospital.

The state Police Public Relations Officer, DSP Bright Edafe, did not comment when reach via his WhatsApp phone line on the incident as of the time of filing this report.