An industrialist and Chief Executive Officer, Erisco Foods Ltd,  Chief Eric Umeofia, has called for support for locally manufactured goods, adding that the biggest challenge being faced by indigenous manufacturing organisations is lack of support and patronage from Ministries, Departments and Agencies (MDAs).

Umeofia made the call while speaking at the company’s product unveiling and distributors reward event in Lagos, stressing that if Nigerian Customs Service, National Agency for Food and Drug Administration and Control, (NAFDAC) and Central Bank of Nigeria, (CBN) implement their duties judiciously, Nigeria’s economy would improve within six months.

He lamented that the biggest challenge Erisco Foods face as an indigenous manufacturing organisation is lack of support and patronage from MDAs and some Nigerians who prefer anything foreign.

He disclosed that the company was yet to utilise 15 percent of its 450,000 Metric Tonnes per annum processing capacity due to the lack of patronage from the MDAs and frustration in obtaining foreign exchange from financial institutions.

He appealed to the Central Bank of Nigeria (CBN) to unify the country’s exchange rate to aid economic stability and recovery.

In his words: “If the country wants to rid itself of unstable foreign exchange rates, we should remove different exchange rates, the parallel market is about N770 while the official rate is around N440.

He canvassed that the apex bank should evolve a clear strategy and timeline on how it intends to achieve full unification of the country’s multiple exchange rates, adding that it will enhance the naira’s strength, boost liquidity, promote both domestic and foreign investment and stimulate economic growth.

The MD Erisco Foods, urged the Lagos State Government to ensure an enabling business environment, pointing out that the activities of some of its personnel were inimical to business growth.

Umeofia revealed that the new products launched into the market had undergone all necessary quality control checks and were carefully formulated for greater nutrition for consumers.

The Managing Director of Erisco Foods, also awarded ACP Danjel Amah one million Naira and products worth N120, 000 per year for two years, for his exemplary and professional conduct in refusing a $200 billion bribe.

Umeofia applauded his attitude which he said, led to the arrest of the alleged armed robbery syndicate in Kano state and appealed to others to emulate Amah’s professionalism and integrity.

Some of the company’s distributors were also awarded for their excellent performance and contributions to the growth of the company. 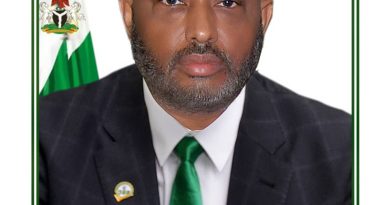