The Manufacturers Association of Nigeria, (MAN) Public Relations Officer, Omotayo Okewunmi has been honoured with the Most Efficient Organized Private Sector, (OPS), Image Maker Award at the 2022 Annual Workshop/Awards & Recognition with the theme, “Manufacturing: Despite FX & Recognition” organized by the Commerce & Industry Correspondents Association of Nigeria, (CICAN)in Lagos.

Speaking on the Award, the CICAN Chairman, Charles Okonji said Omotayo Okewunmi who manages the public image of the Manufacturers Association of Nigeria, (MAN) was awarded for her contribution to managing the association’s image professionally and its stakeholders which included the media.

Okonji explained that her contributions have further helped the association to grow its presence and champion its course in the country.

Omotayo thanked CICAN for the recognition adding that it would spur her to do more.

According to her “It came as a surprise and I am deeply honoured by the kind gesture. It is always a privilege to be at your service.”

Omotayo is a certified Public Relations and Communications expert with a strong passion for broadcast, arts, and communication.

Currently, she works with the MAN where she not just handles strategic communications, but also serves as a Media Relations expert for the Association.

Omotayo’s dogged experience in the broadcast space propelled her passion for compere, as she doubles as the Official Master of Ceremony of the MAN.

Omotayo is a multi-skilled communicator, with strong coordination in administrative duties. She, among other responsibilities, co-manages the Annual Nigeria Manufacturing and Equipment Expo; plans and executes the Association’s Annual General Meetings, hosts the Annual MAN Reporter of the Year Award, and serves as liaison personnel with Embassies.

She served as secretary to the organizing committee for MAN at 50 Ceremony, recently represented MAN at the intra-African Trade Fair in Durban, South Africa, and initiated value-adding webinars for corporate communications experts for Member Companies.

She holds B.Sc. in Mass Communication/Media Studies and a Master of Science, in Social Science both from the University of Lagos.

The Award Ceremony saw other individuals and organisations awarded and recognised for their outstanding performance and contributions to their various sectors, the economy, and the country at large. 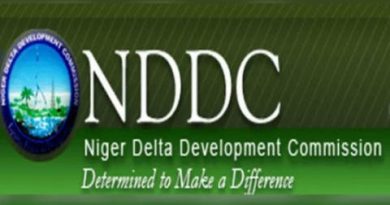