As the AFCON 2021 kicked off on Sunday, January 9, 2022, host nation Cameroon welcomed the stallions of Burkina Faso with a lone goal defeat to Cameroon.

Nigeria faced Egypt two days later  in the first game of Group D with the Super Eagles emerging victorious after Kelechi Iheanacho scored the only goal in the 30th minute.

MTN Nigeria which is the official communications partner of the Nigeria Football Federation, chief executive officer, Olutokun Toriola  has expressed his confident in the ability of the players and staff to go all the way to the final.

Toriola said “We are committed to supporting the Super Eagles, we trust the team and we believe that our players will make the country proud in Cameroon. We are relentlessly backing them to bring home the trophy.”

MTN Nigeria reiterated his support for the Amaju Pinnick-led administration and the coaching crew. “We trust the knowledge and leadership qualities of the president of the Nigerian Football Federation and the coaching crew. They have shown incredible commitment to the team. He has a clear vision, and we will support him in every way to bring his vision to fruition,” Toriola added.

On September 2, 2021, MTN Nigeria signed a three-year multi-million Naira partnership deal with the Nigerian Football Federation (NFF) and became the official communications partner for the Super Eagles and other National Teams.

The Nigerian Football Federation (NFF) President Amaju Pinnick commended them for the gesture for which MTN reiterated their support and belief in the squad.

Meanwhile, Augustine Eguavoen is currently leading the country’s  Super Eagles as the interim head coach for the tournament, while former Venezuela manager Jose Peseiro has been appointed as the head coach to assume position after the AFCON 2021. 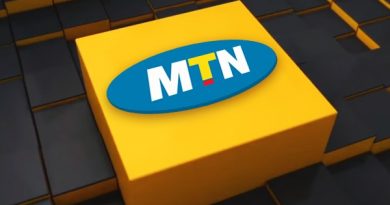