The financial statements also showed that there were a lot of increases led by active fintech subscribers which rose by 87.3 per cent to 11.5 million, driven by MoMo wallets since launching the payment service bank on May 19, 2022.

MTN’s operating expenses (opex) in the first six months of the year increased by 15.1 per cent due to the effects of Naira depreciation and higher Dollar consumer price index (CPI) on lease rental costs.

The firm also blamed the rising energy costs in the West African nation as part of the reasons for its increased expenses.

Similarly, its cost of sales went up by 22.9 per cent as the firm spent N162bn in the first six months of 2022, compared to N132bn spent in the corresponding period.

“We continue to realize cost savings through our expense efficiency programme, and we remain disciplined with capital allocation. Cost of sales rose by 22.9 per cent off a low base in the prior year, which was depressed by the suspension of new Subscriber Identification Module (SIM) sales and activations by the regulator, lower device purchases during the period, and the impact of growing gross connections in the current year.

“Operating expenses (opex) increased by 15.1 per cent due to the effects of naira depreciation and higher dollar CPI on lease rental costs, the acceleration in our site rollout and rising energy costs. The escalation of diesel prices in Nigeria contributed to the 12.2 per cent increase in direct network operating costs with a 0.3 per cent earnings before interest, taxes, depreciation, and amortization (EBITDA) margin impact,” he said.

MTN, in its outlook for the year, stressed that it has continued to witness strong headwinds such as rising general inflation, paucity of foreign exchange, supply chain disruptions, and higher diesel and petrol prices, which it said placed more financial pressure on its customers, as well as its business.

It, however, looked forward to a surge in subscriber base in the third quarter of the year. The firm stated that the growth would be based on how well it regains subscribers lost to the National Identity Numbers (NIN) enrolment.

The telco planned to commence the rollout of 5G services in all of Nigeria’s six geopolitical zones from the third quarter (Q3) of 2022. 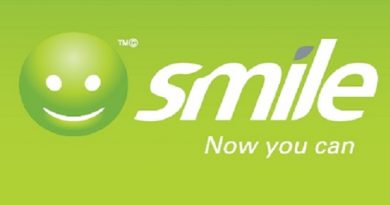