The National Insurance Commission, (NAICOM) has sought the support of Kaduna State Government on implementation of the compulsory insurance policies in the country’s statutory laws.

Abdulsalami said in his speech that the Insurance Act 2003 and other relevant laws of the country made provisions for certain insurances to be compulsory for the protection of innocent third parties who might fall victims to unforeseen occurrences such as road accidents, building collapse, fire and accidents in public buildings, among other losses.

He said the compulsory insurances included: “Third party motor insurance in respect of all mechanically propelled vehicles that ply the public roads; All buildings under construction that are more than two floors; All public buildings including schools, offices, hotels, hospitals, shopping malls and others; Professional indemnity for all medical practitioners and hospitals; Group life insurance cover by employers for employees where there are more than three persons; and annuity for retirees as provided under the Pension Reform Act 2014.”

He hinted that NAICOM was seeking the support of the state executive council with respect to domesticating the compulsory insurances.

According to him, the commission sought the support to “ensure adequate insurance of assets and liabilities of Katsina State Government; Liaise with Takaful/insurance operators to determine product best suited for the government, farmers, private companies, MSMEs and individuals in the state; and conduct on the spot awareness and sensitisation campaigns across the state.

The head, Corporate Communications and Market Development explained that full implementation of compulsory insurances would help the government in cushioning the effects of recurring fire inferno in different markets across the state which had been causing much economic havoc on traders and the government.

He also stated that one of the cardinal objectives of insurance was to protect it against such natural disasters.

In his words: “We cannot, in some cases, stop it from happening but we can pre-empt and minimise its impact. Having the markets and goods insured will ensure stability and comfort for the people and also save the government some cost that ordinarily would have gone into compensating traders.” 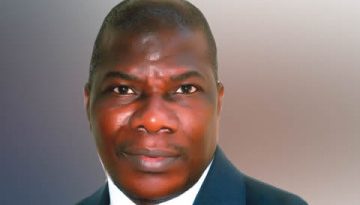