Speaking during the unveiling in Abuja, Prof Osinbajo, who was represented by Minister of Communications and Digital Economy, Prof Isa Ali Ibrahim (Pantami), who also assigned Director General, National Information Technology Development Agency (NITDA), Kashifu Inuwa CCIE, to unveil on his behalf, announced that Federal Government will soon come up with regulatory instruments that will make responsible technology for Nigerians to benefit from.

He stated that the innovation signifies a dawn in the nation’s journey to becoming one of the digitally visible countries in the world.

“It is so dear to us that we are living in an exciting time of technological advancement, where the science of yesterday is becoming a reality in products and services”.

“We are reaching a point where a Robot will create a Robot, Algorithm will create Algorithm, a world without scarcity of resources where every human on earth has access to basic needs like enough food, clean water and so on, with the kind of technology like Omeife, Nigeria can reach that point.

“Omeife is behaving like human, but the target is the super intelligence, whereby the Artificial Intelligence becomes more intelligent than the human being,” the VP said

He added that, “We have to go with what the new technology (AI) brought, like not going to farms because Robots can do that, not driving a car which Robot can do, creating furniture, road constructions which all Robots can do effectively. With AI you can cure terminal diseases, we can reverse aging which are all part of the futuristic things that are talking about singularity.”

While emphasising government’s commitment to turn things around technologically, the VP described this as a “technology is a doubled aged sword. What we need to do as a government is to support our citizens by ensuring that they are digitally visible, we need to get data available for AI to be used to make a decision and also to connect the unconnected”.

In achieving this, he said, the present administration has redesigned the scope of the Communications Ministry to Communications and Digital Economy, where several plans are put in place like Broadband plan which is targeted at connecting the unconnected to make sure every Nigerian is digitally visible.

He affirmed the support of the Federal Government for the domestication of the technology urging the tech community to find measures that would ensure that Artificial Intelligence systems are built according to policies, regulations, laws and also domesticate such innovation in line with the Nigerian culture.

On his part Minister of Communications and Digital Economy Professor Isa Ali Ibrahim (Pantami) lauded the effort and foresight of Unicorn Group for the unprecedented achievement.

He said, “We are so excited today, because most of our games (the Robots) are not African, seeing Omeife looking like African gives me a lot of courage that Nigeria is at verge of attaining greatness”.

The Minister said this and many other initiatives will in no small measure assist the country in building technology locally and to promote local cultures and values.

He also announced that government is working on the National Data Strategy which will also help to make data available for everyone, because AI is all about Data.

He pledges government readiness to work with Unicorn Group to commercialise the technology.

It could be recalled that the Minister introduced Omeife for the first time at GITEX in Dubai while complimenting the Uniccon Group’s dedication to playing a significant role in encouraging innovation in Africa.

The Robot also has terrain intelligence, knowing the ground and having stability on the floor, which helps it navigate on non-flat surfaces and maintain good balance. It also has GPS for location and state-management for knowing whether the system is standing, walking, talking and so on as well as Advanced Gestures. It expresses while talking, gives hand illustrations, smiles and makes other bodily gestures.

It has the ability to understand shape and how to hold things with its hand. Conversation wise, it has real time understanding, can actively listen and focus on a specific conversation thread as it is happening. 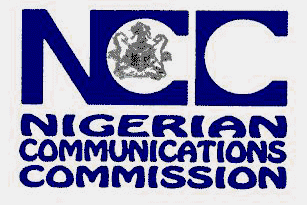 FG applauds Igbokwe on promotion to Chair of Universal Studio