To receive the Employee-Centric condition and Scheme of Service documents on behalf of the Board and Management was the Chairman Governing Board, Dr Abubakar Sa’id and the Director General of NITDA, Mallam Kashifu Inuwa Abdullahi.

The Minister, who doubles as the Chief host and Convener of the event, was extremely delighted to attribute the success of the approvals, cooperation and immense support of President Muhammadu Buhari, on the 12th of February 2021 just two days after its submission.

While attributing today’s achievement to the improvement in the gross-rate performance of the ICT sector, the Minister sited the Bureau of Statistics report on the 4th quarter (Q4 2020), Gross Domestic Product (GDP) which showed that the sector’s efforts have experienced significant growth.

“It is noteworthy that the ICT sector was the only sector with a double-digit growth rate. In fact, when one considers the 2nd to 7th fastest growing sectors (Agriculture- 3.42%, Health & Social Services- 3.05%, Real Estate- 2.81%, Water Supply et al- 1.92%, Public Admin- 1.80% and Construction- 1.21%), the 14.7% growth rate of the ICT sector was greater than the combined 14.21% growth of the 2nd to 6th fastest growing sectors”, the Minister added enthusiastically,” the Minister said.

Pantami also expanded on the progress of the sector, stating that the ICT sector recorded the highest growth rate overall in the year 2020, at a growth rate of 12.9%, or over 3 times the next fastest growing sector of 2020.

He postulated that the Ministry is working profusely to ensure and justify the National Digital Economy Policy and Strategy (NDEPS) programmes, and that the initiatives support the effort of the Federal Government.

Dr. Pantami expatiated on the benefits of the Scheme of Service as a veritable tool to re-engineer the operations, structure, and enhance the Agency’s functionality.

“It provides the approved cadre for the Agency and specifies the skills and certifications required for appointment and promotion in the Agency”, he stated.

He gave a brief history of the process for the approval of the Scheme and Conditions of Service as a culmination of a process that commenced while he was the Director General/CEO of NITDA in 2016 until he was appointed Minister of Communications and Digital Economy.

The process was continued, by his successor at the NITDA, the current Director General/CEO Mallam Kashifu Inuwa Abdullahi.

He added that the documents took almost 5 years to complete and get approved. But it has made history today.

“The Agency has a critical role to play in the development of Nigeria’s Digital Economy and I urge you to use the approval of this Scheme and Conditions of Service as a springboard for greater impact” he advised.

The Minister extended his hearty congratulations to the Chairman Governing Board, the Director General, Management and Staff of NITDA.

Earlier, the Permanent Secretary of Ministry of Communications and Digital Economy, Engr. Festus Daudu, in his welcome address, also spoke on the personal efforts made by the Minister towards getting approval for the Employee Scheme and Conditions of Service as a herculean task.

He elaborated that NITDA welfare status and expectations have been raised by this approval stating, “to whom much is given, much is expected”.

Dr. Abubakar Sai’d, Chairman Governing Board of NITDA in his vote of thanks appreciated Mr. President, Muhammadu Buhari for being instrumental to the realization of today’s success. He eulogized the efforts of the Minister, whom he referred to as a “game changer”.

“The development of the Ministry is evident with the positive outputs derived all over the country and the expansion of digital economy”, he said.

The Director General of NITDA joined his Board Chairman to thank the President, Muhammadu Buhari. They applauded the commitment and hard work of the Hon. Minister.

Abdullahi was particularly elated at this great accomplishment and gave his confidence to the Minister with a promise to benchmark performance to rewards within the Agency to ensure effective productivity. 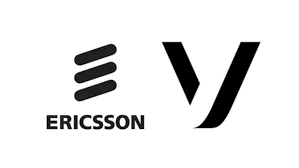