A former Governor of the Central Bank of Nigeria and deposed Emir of Kano, Lamido Sanusi, on Saturday canvassed for the unbundling of the Nigerian National Petroleum Company Limited, describing the national oil company as a money pit and not a “cash cow”.

Sanusi and the governor of Kaduna State, Malam Nasir El-Rufai, were among those advocating for the scrapping of the NNPC as a result of its abysmal performance over the years.

He explained that the national oil ought to be better but unfortunately, it has become a money pit rather than a cash cow, stressing that the four refineries that were more or less comatose and not satisfying the yearnings of the Nigerians, should be henceforth unbundled and disbanded.

According to him, “NNPC is a money pit instead of a cash cow; it should be unbundled and disbanded. More can be had from simply levying royalties and CIT on private players following models like Petronas and Petrobras.

“Beyond the challenging global context, Nigeria has problems entirely of its own making where oil revenues which were once the lifeblood of the Federal Government, have been in secular decline for over a decade. This has been happening regardless of the oil price environment.

“In some ways, Nigeria’s problems are not a failure of the system because it is working as one would expect, but a loss of design and a failure of implementation.

“In the current environment, the first and most obvious problem is the existence of the fuel subsidy and opportunities this creates for fraud, the average daily fuel consumption in Nigeria (by the NNPC’s admission) is 66 million litres per day, and on some days as high as 100 million litres per day. This is roughly equivalent to where Indonesia (2019), a country with nearly three times Nigeria’s GDP per capita, two times the number of vehicles and 2.5 times the size of the road network.

“A different way to benchmark Nigeria’s consumption is to look at PMS consumed by each vehicle on a daily basis, on this metric, Nigeria even outranks Iran, a country with three to four times its level of wealth and a road network that is three times the size on a per capita basis and this is not just the impact of subsidies because in Iran official fuel price are 5 US cents per litre, less than 15 per cent of the pump price in Nigeria.”

Sanusi posited the relentless rise in the US dollar as being the bigger challenge in most of Africa causing widespread and painful currency adjustment, which is a more important driver of inflation than the underlying moves in commodity prices.

He added “Since the start of the Ukraine war, crude oil prices are 5 per cent lower, rice prices are 12 per cent higher, and wheat prices are flat, the trade-weighted US dollar however is 17 per cent stronger in this period, the sharpest upward move since the early 1980s, this is what is causing the pain in emerging markets.”

He lamented that only 50 per cent of states generated enough recurrent revenue to cover wages, overheads and debt service and recommended that states advocate for changes that do not rely on fixing failures of system design and policy implementation at the Federal level.

Sanusi charged the states to find ways to free themselves from the effects of leakages and unorthodox policies at the Federal level.

He hinted that instead of states pushing for a revised revenue sharing formula, they need to push for new and independent powers of taxation.

He lauded the successful implementation of the Treasury Single Account, (TSA) stressing that this is an area where Kaduna, in particular, has shown leadership.

Sanusi stated further that “Research by BudgIT shows that it is the only state to have met the World Bank State Fiscal Transparency, Accountability and Sustainability scoring criteria for two years in a row. This includes running a function TSA that covers more than 80 per cent of revenues.” 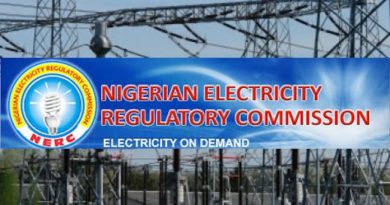 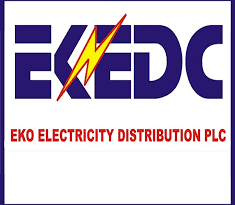