With 895 On-going Highway and Bridge contracts across the country, the rehabilitation of Internal Roads of 43 Federal Tertiary Institutions,  construction of Six new Federal Secretariats in Anambra, Bayelsa, Ekiti, Nasarawa, Osun and Zamfara States and Construction of Housing Estates in 34 States of the Federation under the National Housing Programme (NHP) among others, the Minister of Works and Housing, Mr. Babatunde Fashola SAN on Thursday rendered an impressive account of the Federal Government’s infrastructure programmes under his Ministry.

Speaking at  Special Townhall Meeting organized by Business Hallmark Public Policy Forum with the theme,” Nigeria’s Infrastructure Revolution: Road to a New Future,”* the Minister explained that activities involved in infrastructure development are the sure and legitimate way of growing the economy and delivering prosperity to the citizenry.

This reality, Fashola explained, informed the decision of the administration of President Muhammadu Buhari to make massive investment in Infrastructure a matter of choice and necessitated the expansion of the budget of the Federal Ministry of Works and Housing from N18bn by the previous administration in 2015 to about N260bn despite the fact that  the price of crude oil  which sold at an average of $97.98 between 2009 and 2014  fell to an average of $65.23 per barrel from 2015 to 2021.

According to the Minister, the priority given to infrastructural development, informed the need to improve road transport infrastructure assets, formulate policies to address the problem of deteriorating public assets while taking advantage of the socio-economic opportunities created by the maintenance of such assets and to develop a National Strategy for sustainable Maintenance of all Public Infrastructure Assets in the country.

Fashola noted that due to paucity of fund, government had to look for alternative sources of funding which include the Presidential Infrastructure Development Fund, SUKUK fund, Road Infrastructure Tax Credit Scheme (RITCS), Multi-lateral loans/grants and collaboration with other Government Agencies like The North East-Development Commission in order to achieve the objectives of the Economy Recovery and Growth Plan ( ERGP) as it concerns the Ministry.

Fashola explained that on the result and economic impact of the infrastructure investment of the Federal  Government, Micro, Small and Medium Enterprises (SMEs) benefit immensely from infrastructure projects as  a lot of activities such as designing, award of contract for supply, direct employment, banking and so on that take place, generate income for the people any time an infrastructure project is ongoing, pointing out that the small firms and enterprises were engaged in supplies of cements, diesel, laterites and others in the course of construction activities.

The Minister noted that the narrative in the past about no federal government presence in some state has been replaced by a new narrative about when the ongoing projects will be completed in such states.

The Minister also reminded Nigerians that the recession alarm raised in 2012 by the then Coordinating Minister of the Economy Dr Ngozi Okonjo Iweala was the recession that the Buhari administration inherited and was able to overcome it despite the impact of Covid – 19 through the massive investment to renew and expand the nation’s infrastructure at a time when the country was earning much less from oil.

The Chairman, Busines Hallmark Forum, Sir Marc Wabara disclosed that the aim of the Townhall Meeting was to ensure that public policy met the basic standard of service delivery to the public.

He expressed satisfaction that the event was holding at a time when the nation was going through the path of growth and development.

The occasion was chaired by the former Chairman of the All Progressives Congress, Chief John Odigie Oyegun, the Guest of Honour was the Secretary to the Government of the Federation, Mr Boss Mustapha. Other speakers at the occasion were the Minsters of Federal Ministries of Water Resource and that of Power; Engr. Suleiman Adamu and Engr. Saleh Mamman respectively. 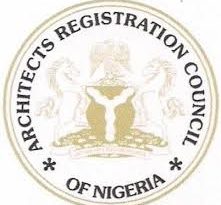