The Benin Electricity Distribution Company (BEDC) has continued to fail in its performance after the unbundling of the Power Holding Company of Nigeria as the Ambrose Alli University (AAU) students as well as residents living in Gabriel Street, Off Isibhella Ihumudu Ekpoma Uromi have been groaning since January 2022 over BEDC not giving them electricity supply.

Some of the students and residents who spoke with Gentechnews on condition of anonymity lamented that the academic works and businesses have been suffering because of BEDC not supplying electricity to Gabriel Street, Off Isibhella Ihumudu Ekpoma Uromi.

According to them, the students’ academic work have become boring as they have to make do by going to the campus to study at night hours instead of doing so in the houses, while the residents complain of using generators to run their businesses thereby incurring extra cost due to the hike in diesel as well as fuel.

“Before now BEDC used to give us light once or twice a month that did not last for 30 minutes. We complained to our caretakers, but they said they are in charge of electricity and so there is nothing they can do.

“We have been depending on neighbours with generators to charge our phones, but many students have experienced theft of their phones in the process. The situation is inconveniencing and very stressful,” a student explained.

The students and residents living in Gabriel Street, Off Isibhella Ihumudu Ekpoma Uromi have appealed to the management of BEDC to come to their aid by restoring Electricity power supply to the area that has been in darkness since January 2022. 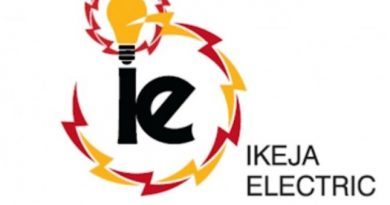